Night scene lighting has become an indispensable factor to be considered in the design of modern curtain wall, and at the same time, due to being fixed on the external wall and roofing, the lighting system has a close relationship with the curtain wall, skylight or metal roofing. After self-research & development, specialists from Yuanda have formed a mature night scene lighting and video curtain wall system and put such system into practice successfully for dozens of projects, and incorporated it into its own curtain wall and skylight system. The main characteristics of night scene lighting and video curtain wall system are as follows:
●This system incorporates LED system, which consumes lower energy and has a longer service life, lower maintenance costs, more abundant colors and more convenient control.
●This system is operated and controlled by LED management software V5.5, which is researched and developed by Yuanda on its own.
●The media information in various formats can be collected by the computer.
●The screen control system can adjust the physical parameters of the screen and transfer the digital signal into optical signal, which will realize the remote transmission through the optical fiber.
●The screen control system will transfer the optical signal input into digital signal and control the effect shown on the screen.
●The audio system will enhance the effect.
●Determining the resolution ratio and view angle according to the main reference view location.
●Adjusting the brightness of screen as required, in order to meet requirements for viewing under different light conditions at different times of a day. 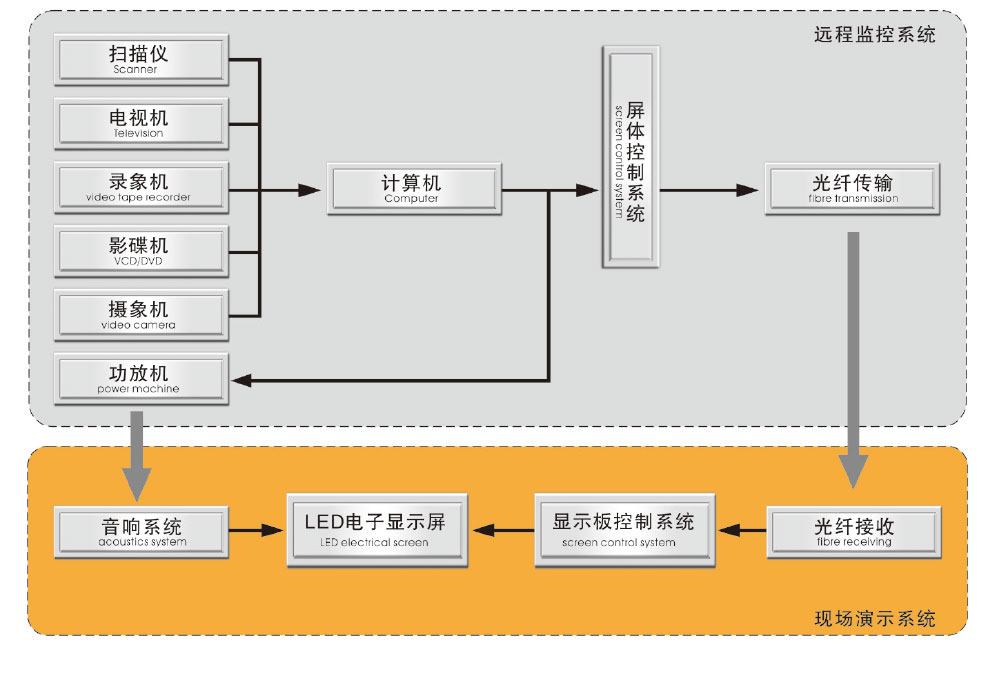 The night scene lighting system mainly includes the following types:
●Strip LED screen —— LED is installed on the fixed grill located at the outer of curtain wall. The spacing of grill will be adjusted as required by the distance of observation so that a screen with sufficient resolution ratio required for definition can be formed.
●Revolving louver LED screen —— LED is installed at the revolving louver located at the outer of curtain wall. In the daytime, the louver will be open to meet lighting and transparency requirement; in the night, the louver will be shut to form a screen. Such screen will be of high-resolution ratio and clarity, which can meet the requirement for close-observation.
●Embedded LED screen —— LED is embedded into the plane of curtain wall or behind the glass. In the daytime, the embedded LED screen puts only a slim, even no affection to the aesthetic effect of curtain wall.
●Decorative LED lighting system —— “Spot” LED distribute on the elevation of building. As controlled by the computer, various dynamic figures, letters, colors and shapes can be shown on the screen to give all observers a nice night view. 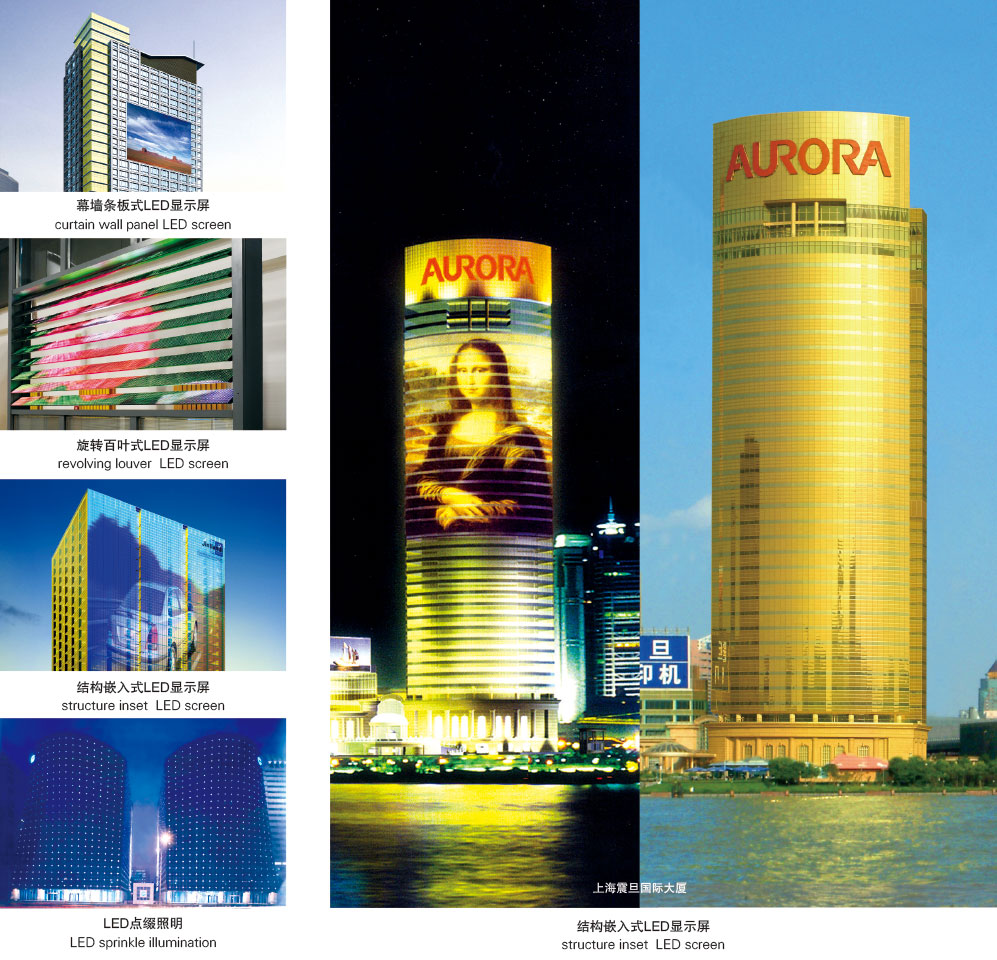